Myanmar's military extends state of national emergency for six months..."Preparing for the election" 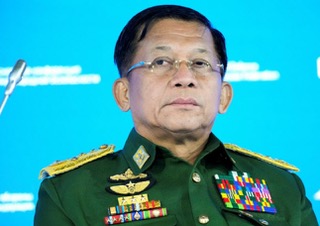 Bloomberg reported that the Myanmar military will extend the national emergency period for six months until February 1, 2023 on the grounds of election preparation.

According to the news agency, U MyintSwe approved a request for an emergency extension of military coup leader Min Aung Hlaing at a meeting of the Defense Security Committee in Naypyidaw, during which he discussed activities and current political situations.

"We need more time to prepare for the election to fit the new election system.And the people need to be widely educated about it," Chief Commander Min Aung Hlaingtold at state-run MRTV.

On February 1 last year, Myanmar's military staged a coup, claiming that there was injustice in the November 2020 general election, in which the National League for Democracy (NLD) led by Aung San Suu Kyi won a landslide victory, and declared a one-year emergency. At that time, the military promised to punish those responsible for irregularities in the general elections and to hand over power to the people by holding a new general election after the emergency. According to this statement, he had to hold a general election in February this year, but in January, heextended the national emergency for another six months. Under Myanmar's constitution, the emergency could be extended for six months on two occasions.

During the national emergency, the military can "legally" suppress democratic forces. According to the ‘Assistance Association for Political Prisoners’,established by exiled Myanmar activists, the military government recently conducted its first capital punishment in 30 years against four activists known to be close to Suu Kyi's national adviser, and 2,100 civilians have died since the coup.

Meanwhile, Suu Kyi, who was arrested after the coup, was indicted on about 10 charges, including violation of COVID-19 quarantine measures, instigation and bribery. If Suu Kyi is convicted in future trials in connection with all charges, she is expected to be sentenced up to 100 years in prison.