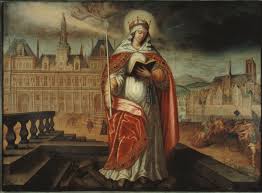 Ste. Genevieve, Missouri, named after the patron saint of Paris, was founded by French Canadians around 1735, making it the oldest permanent European settlement in Missouri. Much of Ste. Geneviève’s charm is due to the exceptional preservation of the original colonial settlement


Having visited the historic housing sites at Ste. Geneviève’s National Registered Historic District, I found myself fully immersed in each room. The plentiful French early Empire furniture in every living quarter caught my attention instantly. At the Felix Vallé Historical House Site, a fully operating fresh garden was still cultivated in the original brick and frame outbuildings.


If you visit the States, make sure to explore the French influence on towns like Ste. Genevieve, Missouri.